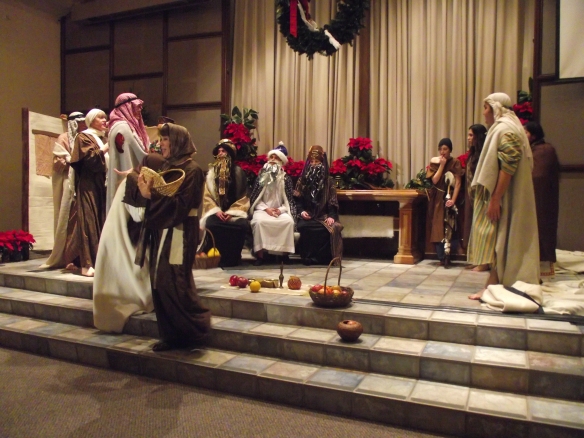 Amahl and the Night Visitors performed by The San Diego Ecumenical Opera, December 2010.

I’ve been calling myself semi-retired, from the library world anyway. I’m not completely ready to stop working. A community college in Northern California interviewed me last summer, before putting me on their adjunct list—they may have some hours for me spring semester. If all else fails, I can always work part-time for my old school in San Diego County. Meanwhile, I’ve been taking a breather in my cabin on the Oregon Coast, working on my health, and getting a lot of writing done. I’ve certainly begun promoting my new chapbook, Breast Cancer: A Poem in Five Acts. And I’m back in the Central Coast Chorale. We’re preparing for a series of holiday concerts slated to take place in Lincoln County, Oregon, this December.

I was waiting for our second rehearsal to begin when one of my sister singers told me about another coastal production scheduled for December, Amahl and the Night Visitors. This was going to be a joint effort between the Porthole Players and The Newport Symphony Orchestra. The people sitting near me continued to natter on. Apparently, there is one day where individual performances of Amahl overlap with the choir concert—somewhat. “No matter,” one singer said. “We’ll run up to Lincoln City to perform the matinee concert, and then we’ll return to Newport to get ready for Amahl.” I must have looked interested, because she went on to tell me when auditions were (that same weekend). Then she informed me where I could locate the music online—for the audition.

I found myself mulling the possibility over. I’d performed in the chorus of Amahl and the Night Visitors in 2010. This was a student production, directed by my voice teacher, Esther Jordan. I actually outlined my road to this unlikely opportunity in my memoir-in-verse, Voice Break. I decided I could probably remember my old part for the audition—get it ready for the next day.

It felt a bit eerie to enter the smaller performance studio in the Newport Performing Arts Center, a room rimmed with black curtains. While I’d auditioned for three choirs in the last ten years (a process that generally consists of singing scales and exercises revealing how well a singer sight-reads), I hadn’t tried to audition for a show with a prepared song since the age of 25 (and for the record, I’m now 56). However, I had been working on my singing. Before leaving San Diego County, I studied with my voice teacher for more than seven years. And I now have almost five years of choir singing under my belt—time with the three different choirs. 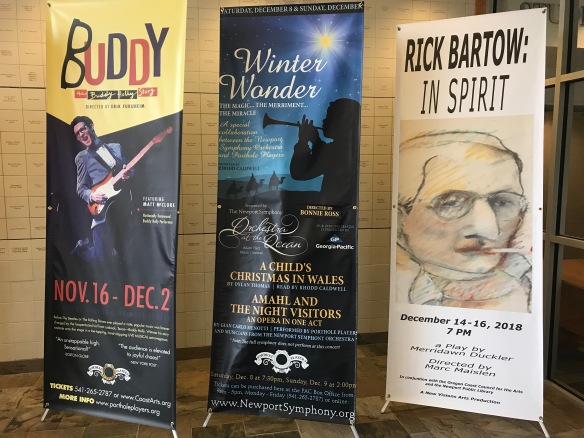 To repeat, I had not tried out for a musical theater production since my twenties (and by the way, I was never cast in a musical back then). I did get to taste a small speaking role in The Taming of the Shrew at Lane Community College (in Eugene, Oregon). And I appeared in a few dance concerts, but I never sang on stage during my initial tango with the performing arts. My passion for all of this eventually fell by the wayside when I became serious about my library career. I began working for the Seattle Public Library in the late eighties—my first librarian job—and this took up the bulk of my time.

But now I’m a retiree!

When it was my turn to audition for Amahl and the Night Visitors, I handed the music for Come Ready and See Me to the accompanist and then moved to stand before the director, Bonnie Ross, the producer, Rhodd Caldwell, not to mention a handful of other hopeful performers. They were a friendly bunch—I didn’t feel too nervous. Besides, I’d just run through the one-minute selection twice in my cabin with no wobbles. Yet this time when I sang the first few measures, I immediately felt my start was weak, maybe not a wobble, exactly. The acoustics felt weird. As I continued singing, I strove to focus, work better with the accompanist. I was thinking I was settling into the song. But when I was finished, the director said, “Now sing it like you want to sell it.” An ouch? So this time I tried to put pizazz into my stance and sing with more gusto. After a few seconds she said, “Thank you very much.”

On to the music for Amahl.

The night before, I’d prepared for the chorus, soprano part. That was all I wanted to shoot for—nothing huge. There were two other women in my group, both trying for soprano. First, the director had the three of us sing the soprano line. Then she had me and one other woman sing the alto line. Then she moved me back to soprano. She invited the men to join in. At some point, we all sang as a chorus. After this grand finale, I was able to breathe a sigh of relief and head to Starbucks. They were moving on to cast the leads.

A few weeks later, I got the call. The director offered me the part of singing shepherd. Retirement is an adventure, I guess.

Amahl and the Night Visitors will take place on Saturday, December 8 at 7:30 pm and Sunday, December 9 at 2:00 pm in the Newport Performing Arts Center.

The Central Coast Chorale will be performing their annual Wishes & Candles holiday concert in three locations: 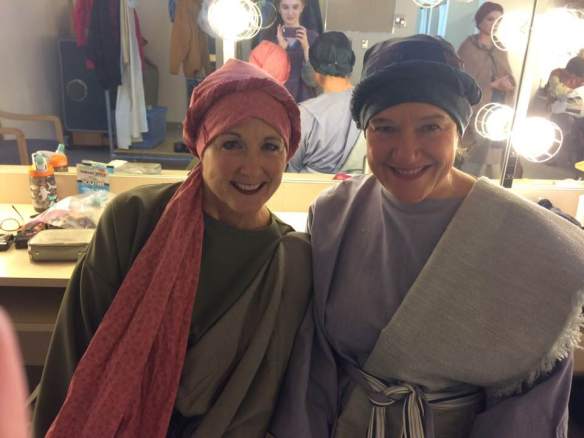 Getting ready for Amahl and the Night Visitors – performed by the Porthole Players and the Newport Symphony Orchesta. 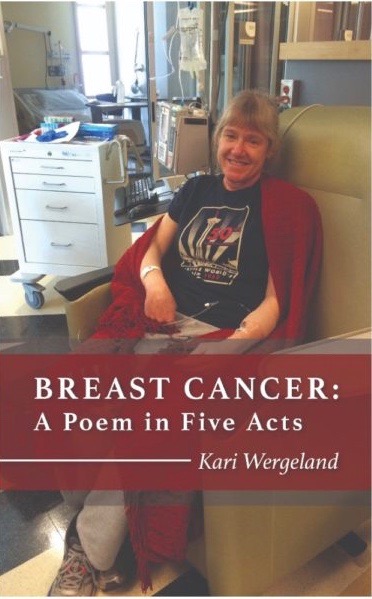 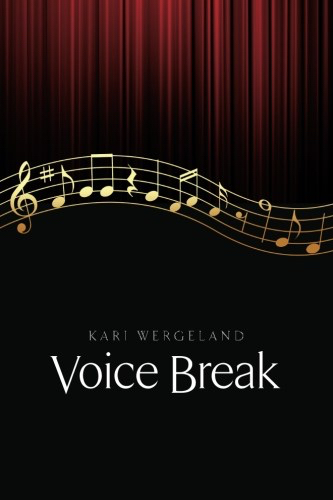 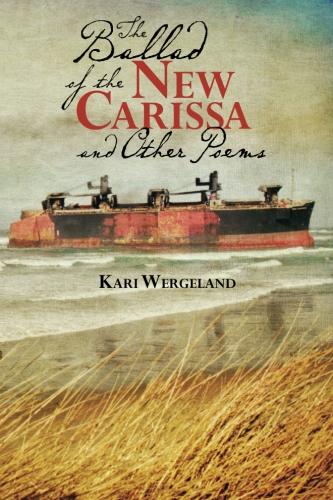